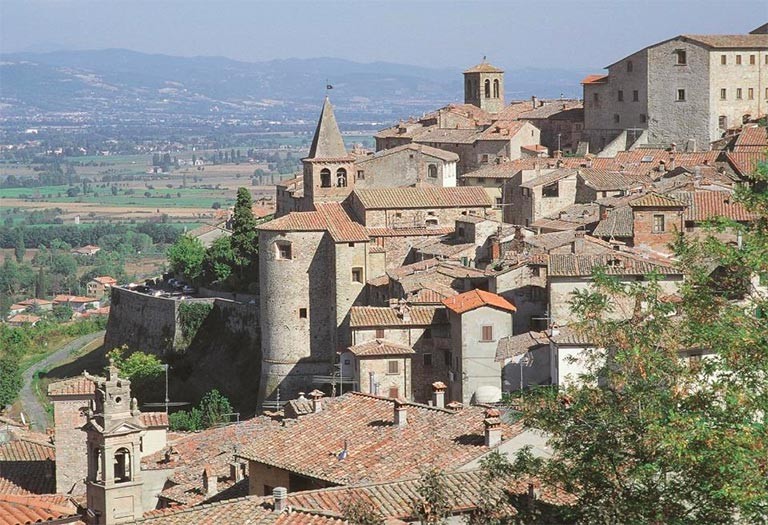 This splendid mediaeval town is situated on the slopes between the Sovara River and the Valley of the Tiber. Its name is forever associated with the famous Battle of Anghiari, fought in 1440 on the plain of the same name and depicted by Leonardo in the great hall of the Palazzo Vecchio in Florence. As one climbs gradually up from the plain, the historic village suddenly springs into view: the original mediaeval settlement surrounded by strong C16 walls. In the heart of the old centre can be found the Palazzo Taglieschi, the site of the State Museum which houses some notable artistic treasures (a multi-coloured wooden Madonna by Jacopo della Quercia, terracotta figures by Della Robbia and a table organ from the 1500s still in working order). In springtime, the streets and alleyways of the old town are crowded with curious onlookers, and the shops open their doors to the many visitors who come every year to explore the traditional antiques market known as the "Mostra Mercato dell'Artigianato e della Valtiberina Toscana". 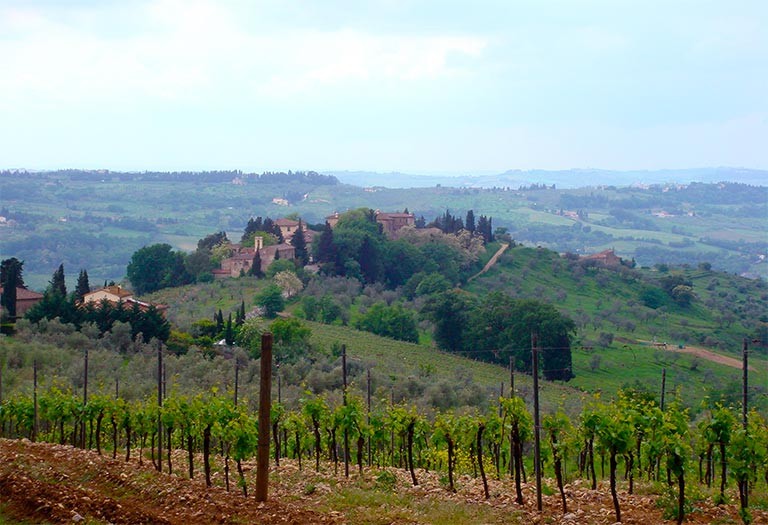 Chianti is a distinctive historical and geographic area and a symbol of Tuscany's farming tradition, encompassing the hills which rise between the Mountains of Chianti to the west and the Arno, Ombrone and Arbia Rivers to the east. It is therefore the area which covers the southern part of the Province of Florence and the northern part of the Province of Siena. Chianti is a predominantly hilly territory with rocky ground, and it seems a miracle that in such a thin layer of topsoil can flourish not just woodland, but also vineyards, olive groves and vegetable plots. The region is famous historically as the scene of battles between Siena and Arezzo, and Florence and Siena. It is a land of saints and warriors, great artists, lords and farmers; a land of hills and knolls, with farmhouses and villas, castles and churches, abbeys and ruined towers, stone villages and stern mansions; a land which has produced over the course of five centuries one of the most famous wines in Italy. 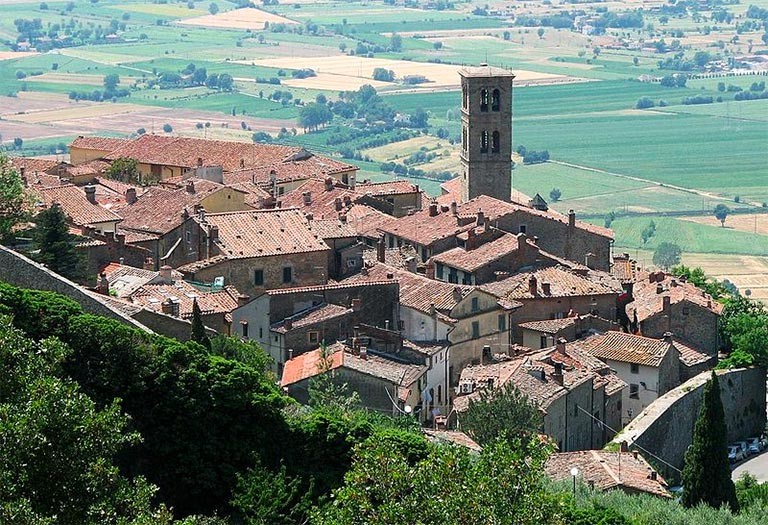 Cortona is a municipality of 23,041 inhabitants in the province of Arezzo: the main cultural and tourist centre in the Val di Chiana after Arezzo itself. In terms of area, the municipality is the fourth largest in Tuscany (second largest if we exclude the main provincial towns) and it ranks as the 29th largest in Italy. This ancient city-state, which formed part of the Etruscan Dodecapolis, is located in the south of Arezzo province and in south-eastern Tuscany, on the border with Umbria. 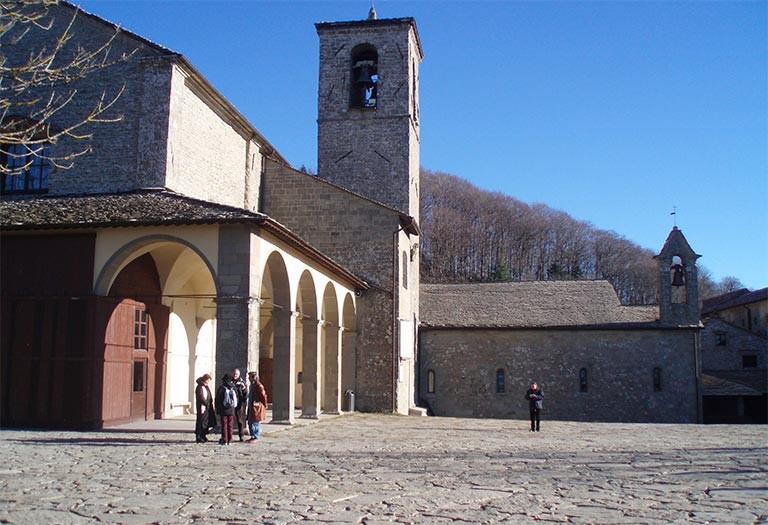 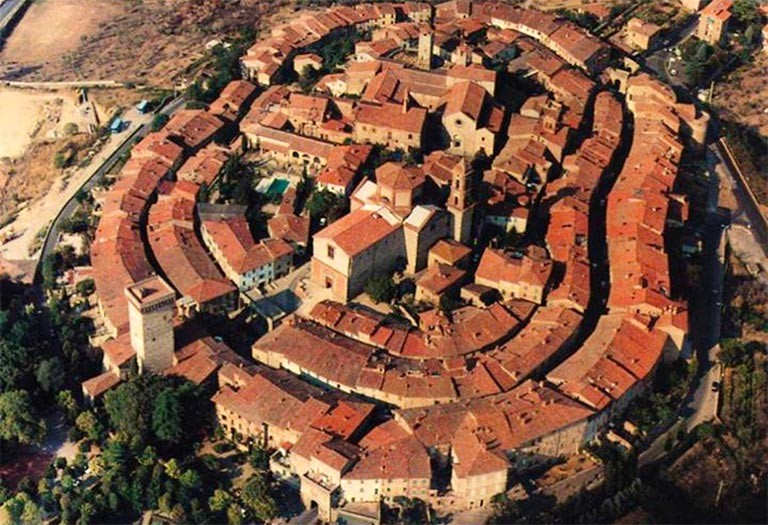 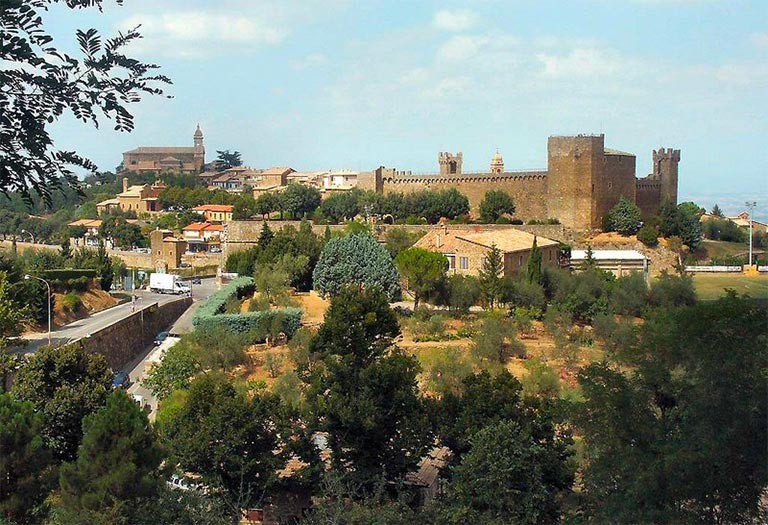 The home of Brunello, Italy's finest and most famous wine, Montalcino is situated at an altitude of 567 metres. Perched on a rocky hilltop, the town and its powerful fourteenth century fortress dominate all the surrounding countryside. A short distance away, near Castelnuovo dell'Abate, in the valley of the Starcia, can be found the Romanesque Abbey of Sant'Antimo. Founded by Charles the Great in 781, this simple, evocative building has an almost magical atmosphere. 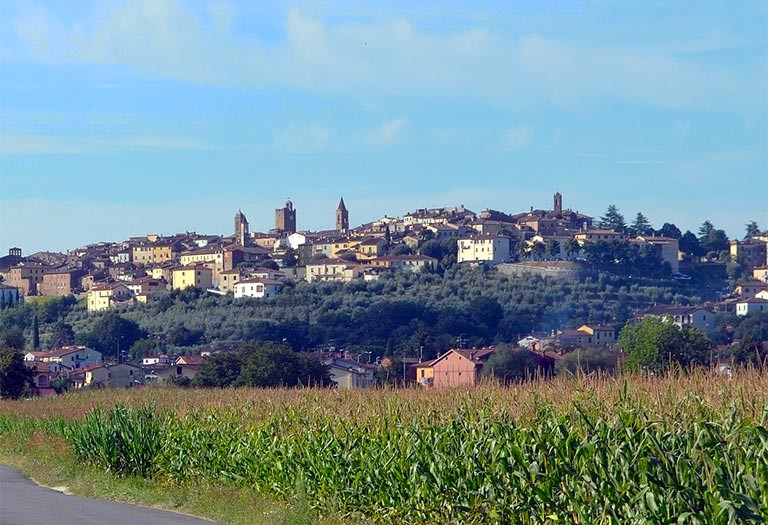 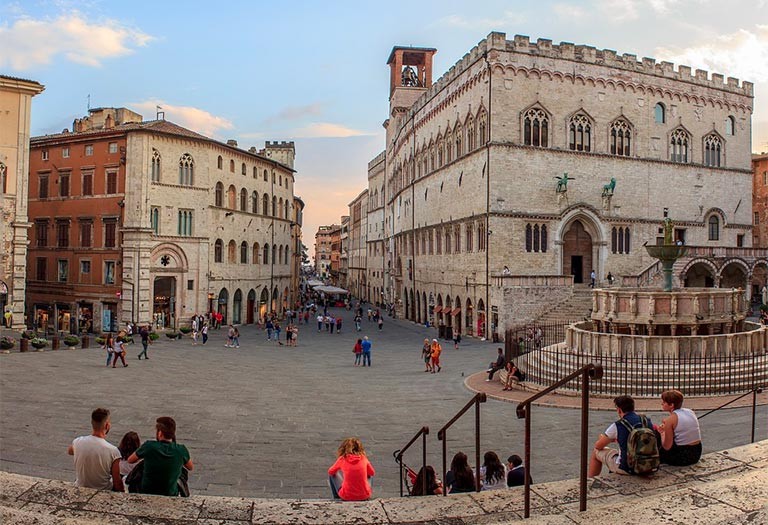 Perugia, the great "Guelph Stronghold" is situated in central Umbria. The town is composed of 5 historic quarters surrounded by Etruscan walls: great ramparts built from giant blocks, shaped and put in place 22 centuries ago, and still intact for long stretches. At a time when the city of Rome was little more than a collection of huts, Etruscan Perugia boasted at least 7 great gateways, the most imposing being the Porta Pulchra or Porta d'Augusto.

On the hill where the present-day conurbation of Perugia is situated, there have been numerous archaeological finds dating back to the prehistoric era: evidence that the area was the site of some of the first human settlements on the peninsula. If it is true that a centre of habitation existed here even in prehistoric times, the establishment of Perugia as a town mainly occurred at the time when the Etruscans, expanding eastwards from the Tyrrhenian coast, took possession of the site in the C6-5 B.C.

Pienza, a beautiful Renaissance town located in the Province of Siena in the heart of Tuscany, owes both its name and its fame to Enea Silvio Piccolomini, who rose to prominence as Pope Pius II. Renowned at the height of the mediaeval period under the name of Corsignano, it was a Sienese stronghold famously mentioned in a story by Giovanni Boccaccio. Much of its finest architecture was commissioned by Pius II between 1459 and 1462. He summoned one of the most famous architects of the time, Bernardo Rossellino, to come and work in Corsignano, so transforming his native town into a beautiful Renaissance centre, an extraordinary example of C15 architecture and urban planning. 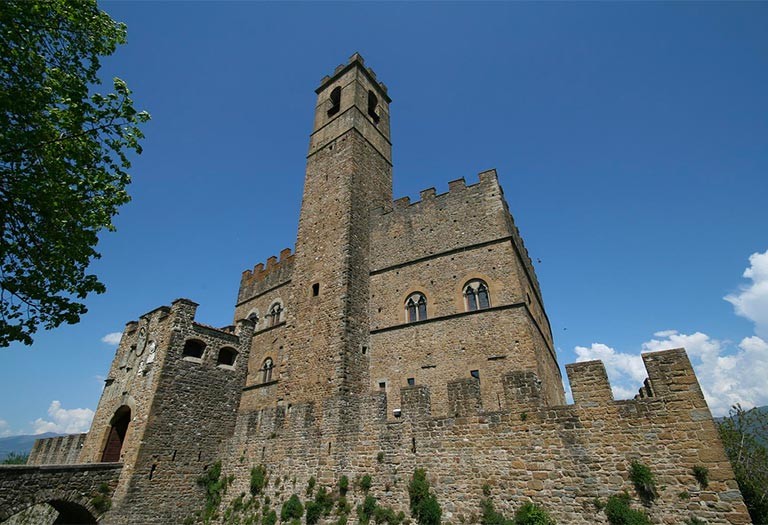 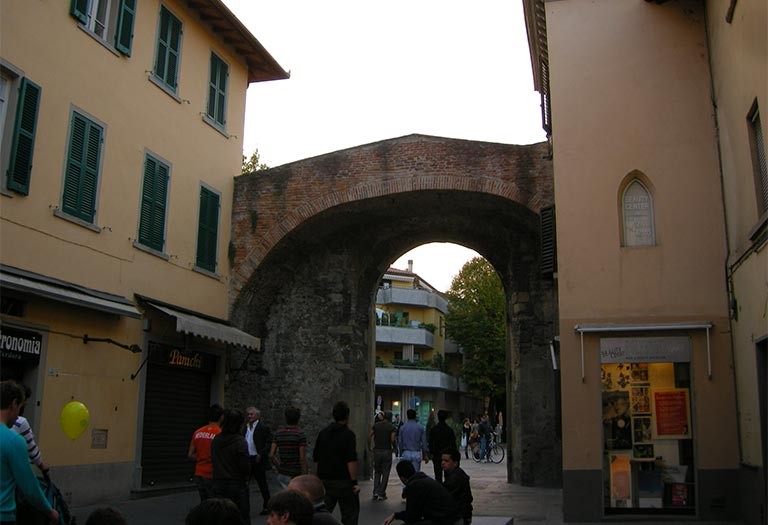 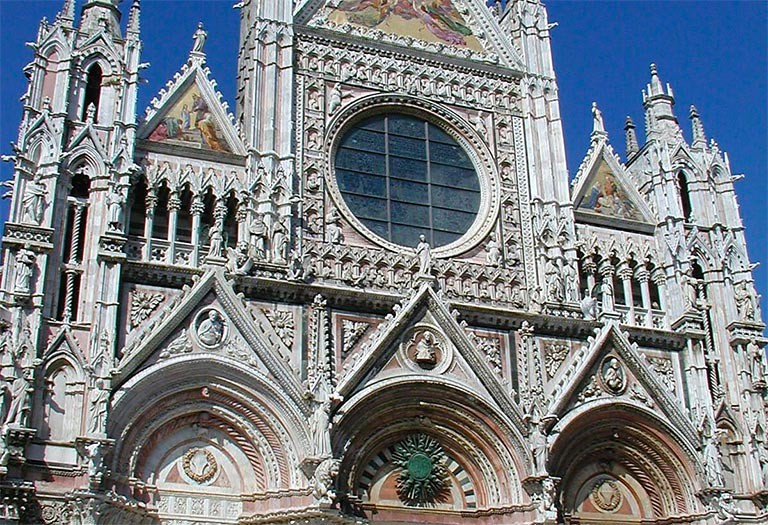 Siena is one of the top cultural centres in Italy, with many important and famous monuments, mansions and squares. It is also home to the "Palio delle Contrade", without doubt one of the most renowned and evocative of popular Italian festivals, combining all the best features of a civil and religious celebration, a fascinating spectacle, and a cultural and historical re-enactment. The festivities culminate in a fast, exciting horse race which brings out all the pride and competitiveness of the rival "Contrade" (districts).

Siena was originally an Etruscan town, and then a Roman colony, rising to prominence during the mediaeval period, when it was first conquered by the Longobards and then the Carolingians. After a long period of Episcopal rule the town achieved its greatest glory when it became an autonomous state, adopting an expansionist policy towards its neighbours. The hostilities with Florence inevitably developed into a bitter war, culminating in a long siege which ended with Siena falling into Florentine hands. In this way, the town lost its independence and became part of the Grand Duchy of Tuscany, sharing its fortunes until the time of Italian unification.